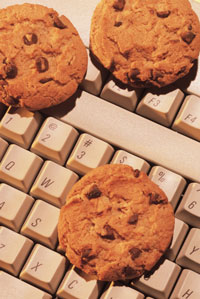 Not only do fattening foods taste good but they could also somehow make you subconsciously realize they’re full of calories for energy. As a result, they may encourage you to eat more than you should.

Scientists report that mice genetically engineered to have no sense of taste still developed a preference for sugar water compared to ordinary water. The finding suggests the mice had a way of sensing that the sugar water had calories – and energy for their bodies – while the other water didn’t.

Humans, of course, could be different. But additional research indicates that “taste isn’t the only reason we like high-calorie foods,” said study author Ivan E. de Araujo, an assistant fellow at The John B. Pierce Laboratory at Yale University in New Haven, Connecticut.

“Even in the complete absence of taste, it’s possible to develop a preference for high-calorie foods,” he added.

The “reward systems” in the brain tell people when they’re enjoying things like food. The question for the researchers was whether the systems would work without taste as part of the equation.

“The brain systems that encode rewards will develop a preference for caloric food even in the absence of taste information,” said Dr.de Araujo.

If that translates to humans, the findings could explain why some low-calorie foods aren’t popular among people even when they don’t taste that bad, he added.

Dr. Anthony Sclafani, a researcher at the Brooklyn College of the City University of New York, said the findings are important, because they’re the “first to show that nutrients in the gut can directly activate the brain reward system.”

A regular exercise regime and a balanced nutritious diet can help reduce cravings for fattening food and reverse an underlying cause of excess PCOS weight and obesity, namely the imbalance of blood glucose and insulin called Insulin Resistance. By reversing this latter condition, you can facilitate Polycystic Ovarian Syndrome weight loss.