Is PCOS Causing Your Emotional and Mood Problems

Research indicates that women with PCOS face greater rates of a variety of emotional and mental conditions, including anxiety, panic attacks, depression, difficulty concentrating, fatigue, mood swings, and chronic stress. These conditions go far beyond polycystic ovaries and physical pain. Furthermore, it means PCOS emotional consequences can be devastating. However, there is something you can do. A healthy lifestyle, complete with nutritious diet, plentiful exercise, and targeted nutritional supplements and/or prescription medications can help you bring your PCOS mood issues and symptoms under control.

What, Exactly, is PCOS?

Frequently caused by Insulin Resistance, PCOS is a syndrome that is sparked by a hormonal imbalance. Women who have this condition can have elevated levels of androgens, or male hormones. While it is natural for women to have some testosterone in their bodies, too much of it can cause major problems. As a result, a woman’s body doesn’t regulate insulin properly.

Many people mistakenly believe Polycystic Ovarian Syndrome is a reproductive disorder. While it does affect the reproductive system, it is a condition that also reaches into many other parts of the body—as is evident by its long list of associated symptoms. Not all women experience all of the symptoms on this list, and some experience sensations or issues that are not included. Because every woman faces her own unique combination of symptoms, coming to a solid diagnosis can prove difficult.

What are some of the symptoms of PCOS?

Some of the symptoms associated with Polycystic Ovarian Syndrome (PCOS) include:1 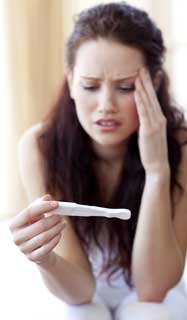 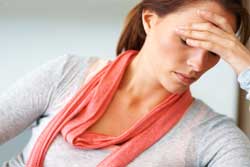 Voorhis, and Anuja Dokras discovered that women who have Polycystic Ovarian Syndrome (PCOS) are at an increased risk of suffering from depressive disorders than those who do not.6 The study analyzed the correlation between depression, hyperandrogenism, and other metabolic characteristics to determine if women who have metabolic complications, such as those associated with Polycystic Ovarian Syndrome (PCOS), are at a greater risk of developing depressive disorders.

The research found that women who have Polycystic Ovarian Syndrome (PCOS) are more likely to develop depression and other associated disorders. Additionally, depressed participants who have the condition, as opposed to those who have it but were not depressed, also had higher BMIs and were insulin resistant.

These findings appear to cross nationalities and country borders. For example, research conducted at Monash University in Victoria, Australia, showed that, “Overall, women with PCOS had worse anxiety and depression compared with women without PCOS.”7 Likewise, a Heilongjiang University’s study in the People’s Republic of China showed similar results because “women with PCOS had lower scores in many functions, including… vitality, social function, emotional role function, and mental health.”8

Depression can present in several different forms, including Major Depressive Disorder, Dysthymia, and Seasonal Affective Disorder. Major Depressive Disorder is the most severe, because it can last for months and interfere with the everyday lives of the women who suffer through it. Dysthymia is less severe, but it can be chronic and it often lasts longer than the other disorders. Seasonal Affective Disorder normally occurs during the winter months and is thought to be associated with changing sunlight exposure and seasons.2

In addition, infertility can compound these issues. Studies at City University in London, England, indicate that, “women with polycystic ovarian syndrome (PCOS) have been found to suffer from fertility problems and mood dysfunction.”9 Furthermore, according to the Department of Medical Psychology at the Center for Endocrine and Metabolic Diseases, in Bochum, Germany, “Psychiatric illness may go undetected in a proportion of PCOS patients. Although the majority of patients exhibit subclinical levels of psychological disturbances, emotional distress, together with obesity, lead to large decrements in quality of life in PCOS.”11 So not only does PCOS create misdiagnosis of physical aliments, it seems to sometimes be overlooked as a cause for psychological disturbances as well.

Can Alzheimer’s Disease be a Risk?

Alzheimer’s disease is a degenerative disorder that ends in dementia.4 Dementia, which

can be caused by a number of health conditions, occurs when an individual experiences a decline in brain function. From the loss of memory to the inability to use language or make decisions, dementia is a devastating disease.3

Last, but not least, studies have been conducted to determine whether or not depression can cause or increase the risk of Alzheimer’s disease. Although a correlation has been established between these two illnesses, conclusive evidence has not been found. However, one study found that individuals who suffer from depression are two-and-a-half times more likely to experience Alzheimer’s disease than those who do not. Moreover, participants in this study whose depression occurred before the age of 60 were at nearly four times greater risk of developing Alzheimer’s disease.5

Because Polycystic Ovarian Syndrome (PCOS) is linked to depression, and depression is linked to Alzheimer’s disease, many women worry they may be at a higher risk of developing the degenerative illness and, eventually, dementia. Although conclusive evidence has yet to be revealed, women can protect themselves by controlling their Polycystic Ovarian Syndrome (PCOS) early. 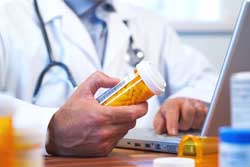 an anti-depressant medication to treat your depression, but there are some risks involved. For example, “Lithium therapy has been effectively and acutely used for bipolar patients… However, lithium medication may worsen depressive symptoms when used for a long-term maintenance therapy… Conventional antipsychotics are often effective for depression, but they may induce late dyskinesia, weight gain, sedation, sexual dysfunction and depression. Sometimes a doctor might consider anticonvulsants, like Depakote.”13

Your doctor might also try anti-depressants, with several of them being from the family of ‘selective serotonin reuptake inhibitors’ (SSRIs), like fluoxetine (Prozac), fluvoxamine (Luvox), paroxetine (Paxil), and sertraline (Zoloft). As for side effects, the most common are gastrointestinal problems and headache. Others, however, can be insomnia, anxiety, and agitation. Keep in mind too that because of potentially serious interactions between these medications and monoamine oxidase inhibitors, it is advisable to stop taking one medication for 2-5 weeks before starting the other. Furthermore, some SSRIs have been found to affect metabolism of certain other medications in the liver, creating possible drug interactions.14 So while pharmaceutical treatments are available, it might not be the best option for you. The good news is there are natural remedies that might help if you’d like to take a more holistic and natural approach to your PCOS and depression.

Women who treat their Polycystic Ovarian Syndrome (PCOS) before their depression gets too severe will be able to maintain a bit more control over their health. Treating PCOS requires a commitment to major lifestyle changes, but it is something that women can do. While there are some mood stabilizers and psychotropic drugs that can offer relief as stated above, some women worry about the impact on their overall health, particularly their reproductive health safety (such as the effects of taking medications during conception, pregnancy, and later, while breastfeeding).12

There is a more natural alternative though. Women who are battling Polycystic Ovarian Syndrome (PCOS) can often use a well-balanced diet to help regulate their insulin and blood sugar levels, which will keep their condition from worsening. By eating a diet high in fiber and low in carbohydrates and sugar, women can help reverse their symptoms. However, this will only be successful if they also adhere to a regular exercise routine. By losing weight and keeping their bodies in shape, women with this condition can help counteract high cholesterol and blood pressure, in addition to keeping their hormone levels more stable. Finally, the use of targeted nutritional supplements can provide a combination of vitamins, minerals, and botanicals that can help the body stay healthy and regulate its many systems.

In fact, City University, in London, did a survey which found that: “Diet can affect mood and behavior in women with polycystic ovary syndrome (PCOS) by altering blood glucose levels… The findings are suggestive of hypoglycemia-related mood and behavioral problems in PCOS.”10 In short, they hypothesized that a better diet — one that is lower on the glycemic index (‘low-GI’) — improves the symptoms.