Is PCOS The Cause of Your Hormonal Imbalacne?

Get ten women together who suffer from PCOS (Polycystic Ovarian Syndrome) and ask them for their symptoms. Chances are you would end up with ten different answers. Some women you survey will cite weight gain, even obesity—but others will be quite lean. Some women might tell you their hair is falling out; others will say they are growing hair rapidly and in unexpected places. Some women might have polycystic ovaries while others won’t have a single ovarian cyst. Many women will point to issues of infertility and anovulation (their ovaries don’t release an ‘egg’), but don’t be surprised if you also hear mention of high cholesterol, depression, and even heart disease.1

PCOS is first and foremost an endocrine disorder. The endocrine system produces hormones that regulate various bodily processes. There are a number of different PCOS hormones involved. Especially common in PCOS are elevated levels of male sex hormones. The most effective PCOS management approach addresses the underlying cause of hormonal imbalance, which is something called Insulin Resistance. Developing a healthy lifestyle is the first-line treatment, and it includes a better diet and exercise plan, along with targeted nutritional supplements and/or prescription medications.

But understanding why PCOS presents in so many different ways, and what the true underlying cause is, can go a long way toward helping you manage it. The reality is that, contrary to what its name suggests, Polycystic Ovarian Syndrome (PCOS) is not a disorder of the ovaries primarily, but rather, in essence, a disorder of the hormones. There are, of course, many different hormones in the body; their relationships are complex and they dictate the way many bodily systems function. PCOS (Polycystic Ovarian Syndrome) affects many different hormones in many different ways, which is why no two cases present with the same set of symptoms.

This sound like it’s a troublesome condition, and indeed it is. PCOS is hard to diagnose and it is often misdiagnosed or treated incorrectly. When not treated properly it can lead to more serious health conditions, including obesity and diabetes. But the good news is that understanding what PCOS (Polycystic Ovarian Syndrome) is, and how it works, can lead you to a surprising set of options. 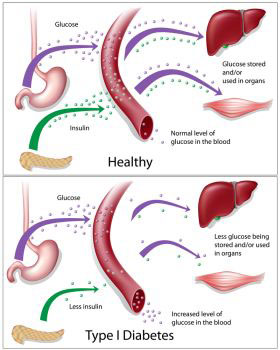 talking about insulin. In fact, it’s insulin that ultimately causes these problems with the hormones, although this relationship is not yet fully understood.

Actually, it isn’t insulin itself that’s the problem, but rather Insulin Resistance, an underlying condition that can lie at the heart of PCOS (Polycystic Ovarian Syndrome). Insulin Resistance basically means your body can no longer break down and absorb glucose as well as it once did. This in turn can lead to the hormonal imbalance that is PCOS (Polycystic Ovarian Syndrome). The ovaries are particularly sensitive to insulin—and when insulin is thrown off balance the ovaries try to compensate by producing to many of certain hormones, something that can throw the entire hormonal system off balance.

And that’s really just the beginning of the trouble with Insulin Resistance. This insidious condition, when untreated, can result in a wide number of health problems, including not just PCOS (Polycystic Ovarian Syndrome), but also things like diabetes, obesity, and Metabolic Syndrome (Syndrome X). 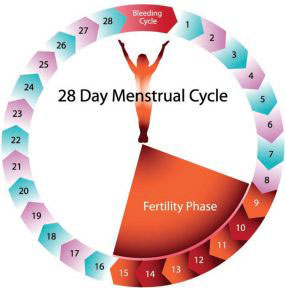 But first things first: How do you know if you have PCOS (Polycystic Ovarian Syndrome)? Certainly the warning signs of this condition are ones that women everywhere should be aware of in their daily lives. This is not an uncommon condition; in fact, it is the most common of all women’s hormonal disorders and affects at least 7 percent of all women of childbearing age, so women should be mindful of this condition.

The condition most commonly presents itself as a disorder of the menstrual cycle. One early indicator or red flag is an irregular period, which is either a cycle that is abnormal in its duration or absent altogether. This disorder can also manifest itself in anovulation or difficulty conceiving. If you have any of these symptoms you should ask a doctor about PCOS (Polycystic Ovarian Syndrome).

There are numerous other effects as well. The condition can have an impact on the skin; many women will experience acne and other women will have skin tags. PCOS can affect the hair in different ways, leading either to excess hair growth or baldness. PCOS can also lead to obesity and depression.

PCOS and Your Hormones

Let’s look more closely at Polycystic Ovarian Syndrome (PCOS) and hormonal imbalance. To start with: What is a hormone exactly? Basically, these are substances produced by glands and released into your body, typically into the bloodstream. Hormones are then transported to different bodily tissues, where they regulate different bodily functions. To put it concisely, hormones are substances that help your bodily systems to function properly.

It’s also important to note that excessive production and/or secretion of androgens is a medical condition called Hyperandrogenism. Interestingly, a study by The David Geffen School of Medicine at UCLA, in Los Angeles, California, found that approximately three-fourths of patients with PCOS have evidence of hyperandrogenemia.5

But if an excess production of certain hormones can cause problems, so, too, can a shortage of certain hormones—another hallmark of PCOS (Polycystic Ovarian Syndrome).2 For instance, progesterone is a hormone closely associated with ovulation and in many women with this condition, it is very low. This typically goes hand-in-hand with PCOS (Polycystic Ovarian Syndrome)-related infertility. 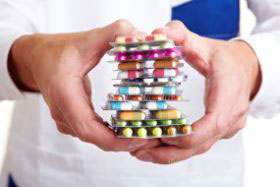 You won’t find a single pill to cure PCOS. Many doctors instead look to reduce Insulin Resistance, a primary influencing factor of PCOS, through medication. They often try to improve insulin sensitivity through pharmaceutical means, such as Metformin, and thiazolidinedione (glitazones), since initial studies have shown some effectiveness. Metformin and thiazolidinedione are diabetes medications, so they’re not official PCOS drugs. However, for women with PCOS, and a body mass index above 25, they are often given along with other therapies to offer relief of PCOS symptoms.4

Doctors also will prescribe treatments that deal with the specific symptoms of PCOS. For example, birth control pills to regulate menstrual cycles, or cream to combat skin conditions. For women seeking a more natural approach, making lifestyle changes can go a long way in helping you in your battle with PCOS.

The Good News and the Surprising Treatment

The positive news about Insulin Resistance is that it can be treated. You can reduce its harmful effects simply through improving your lifestyle by making healthy modifications to your diet and level of exercise.

We’ll talk about diet first. In order to beat Insulin Resistance, you don’t have to starve yourself; you just have to make sure you’re consuming enough nutrients and the right types of foods. Start by ensuring that you are eating a protein with every meal. Cut out fatty meats and focus on lean ones, especially from grass-fed animals. Also, eat plenty of vegetables and a moderate amount of fruits. Minimize intake of carbohydrates, and those grains you do eat should be whole grains. Whenever you do eat carbs, try to consume them with protein and/or good fats. Foods to avoid include refined sugars, processed foods, anything with sugar added, and 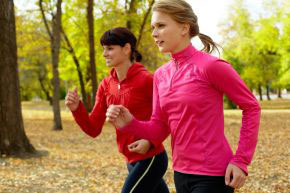 As for exercise, simply ensure that you are getting plenty of regular physical activity. Many researchers will tell you that half an hour of exercise per day, five days a week, is fantastic. If this is a tough lifestyle change for you to make, try enlisting a support system—a female friend who will go walking with you once a week. And she doesn’t even have to be a PCOS (Polycystic Ovarian Syndrome) sufferer. She could be any woman who is zealous about getting in shape and staying healthy.

Having a support system will help you in many other ways, too, of course. It will provide you with accountability and encouragement. Mostly it will give you the strength you need to be patient and motivated as you seek to lose weight (if necessary) and get healthy.

Finally, consult with some of the resources made available by Insulite Health. Here you will find plenty of informative articles, including some great ideas for dieting and exercise, as well as daily motivators. On top of that, you’ll find information about the Insulite Natural Hormone Solution for PCOS. This 5-Element Program combines targeted nutritional supplements with nutrition and exercise, as well as personalized support, and has been clinically effective in helping manage the effects of PCOS and Insulin Resistance. So remember, this is a serious condition with many different symptoms, and if not treated it will only get worse. The good news, however, is you can begin to find relief from this syndrome simply by living a healthier lifestyle.