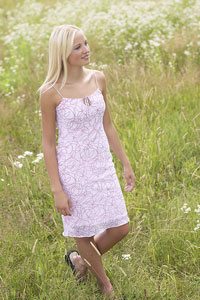 As well as helping Polycystic Ovarian Syndrome weight loss and improving overall PCOS health, just 30 minutes of brisk activity like walking can immediately boost the mood of depressed people. A short workout has the same “pick-me-up” effect as caffeine or binge-eating, according to a study.

So, if you ever feel down and tempted to reach for some unhealthy comfort food, take a walk instead of eating a fattening snack. Better still, invite a friend to accompany you and enjoy a pleasant chat while enjoying the benefits of exercise.

Researchers at the University of Texas in Austin found that patients suffering from depression who walked on a treadmill for half-an-hour reported feeling more vigorous and having a greater sense of psychological well-being for up to an hour after the workout.

These patients and another group, who just sat quietly for 30 minutes, all reported reductions in negative feelings such as depression, tension, anger and fatigue. But only those who had exercised said they felt good after the session.

Lead researcher John Bartholomew said the study, which involved 40 people aged between 18 and 55, was among the first to show that exercise can have an immediate positive effect on depression.

“You should derive a benefit very early on in the process and hopefully that is the kind of thing that will motivate people to continue to engage in this behavior,” said Professor Bartholomew.

The positive effects from walking were sizable, says the study, lifting participant’s feelings of vigor to near-normal levels. But researchers warned that the results were short-lived and declined over the following hour.

Regular exercise is crucial to reversing Insulin Resistance, an imbalance of blood glucose and insulin levels which can be an underlying cause of excess weight gain and obesity leading to depression. Many overweight people become depressed because the social stigmatization of excess weight gain causes embarrassment, shame and guilt.

There is a neuro-biological link to obesity because low levels of the mood-elevating neuro-transmitter called serotonin in depressed people cause them to eat meals high in carbohydrates. These, in turn, raise insulin levels and cause PCOS weight gain while stimulating production of tryptophan, an amino acid essential for the production of serotonin.

It is easy to become trapped in a vicious cycle because overweight and obese individuals report that they crave high-carbohydrate meals when depressed, anxious or alone. Consuming this kind of food can result in extremes of mood changes.