Homocysteine is an amino acid that can build up in your bloodstream and contribute to heart disease risk.1 Since women with polycystic ovarian syndrome (PCOS) already have an increased risk for heart disease, high homocysteine levels can compound the risk of developing cardiovascular disease. High homocysteine levels increase the risk of artherosclerosis, the narrowing and hardening of arteries, and can increase the risk of blood clots that lead to heart attacks and strokes.1

This is great news if you suffer from PCOS because the best treatment for polycystic ovarian syndrome and PCOS symptoms is a natural approach: lifestyle changes in terms of behavioral habits, diet, exercise, and nutritional supplements. 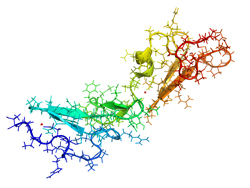 Homocysteine is an amino acid most often produced by the breakdown of meat you ingest. Homocysteine is normally converted to the amino acids cysteine and methionine. This process occurs when adequate amounts of folic acid, vitamin B6, and vitamin B12 are present. If these nutrients aren’t present in sufficient amounts, then homocysteine isn’t converted and it builds up in your bloodstream.3

High homocysteine levels are usually caused by nutritional deficiencies, but in some cases genetic factors can contribute to the condition.3 Homocystinuria is a genetic disorder in which the essential enzymes used to break down homocysteine are lacking or present in too-low amounts. In other genetic conditions, molecules that aid in homocysteine breakdown are inefficient so homocysteine levels build up in the bloodstream.3

Usually, it’s deficiencies of folate, vitamin B6, and vitamin B12 that lead to elevated homocysteine levels.3 Cigarette smoking and chronic kidney disease can cause these deficiencies.3

What are the Symptoms of Elevated Homocysteine Levels?

A high homocysteine level is thought to contribute to the hardening and narrowing of the arteries (artherosclerosis) and the formation of blood clots that can lead to deep vein thrombosis and pulmonary embolisms.3 This blood clotting tendency can obstruct blood flow and contribute to increased risk for heart attack and stroke.3 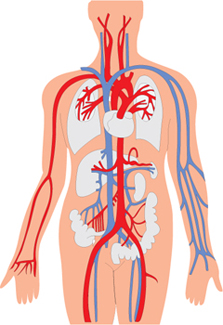 Several small and large-scale studies have been done in which researchers lowered homocysteine levels to study the effect on heart disease risk.4

Five different studies comprised of over 18,000 people utilized vitamin B supplements and folate to lower homocysteine levels, and none of them found a clear decreased risk for cardiovascular disease.4

A number of studies have looked at the link between PCOS and homocysteine levels.

Are There Medical Treatment Options?

Getting to the Core of the Problem

The best response to elevated homocysteine levels is diet. Eating foods that contain 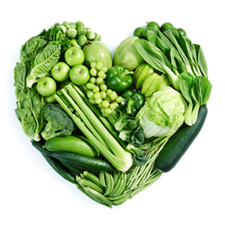 Although clinical studies are still underway, observational studies do suggest that folic acid and B vitamins can reduce homocysteine levels.3 In one study, women who took folate had better cardiovascular health than women who didn’t.3

Regardless of homocysteine levels, losing weight, exercising, and lowering blood pressure and cholesterol levels can all lower your risk of developing cardiovascular disease or having a heart attack or stroke, 3 along with reducing other PCOS symptoms. Since women with PCOS already have higher heart disease risk, lifestyle changes can make a big difference in your quality of life and life expectancy.

Trimethylglycine is a nutritional supplement that is used to lower extremely high homocysteine levels in people with genetic disorders such as homocystinuria but it can raise cholesterol levels.4

Phosphatidylcholine is a compound found in eggs, mustard, soybeans, and sunflowers that can prove helpful in lowering homocysteine levels.4