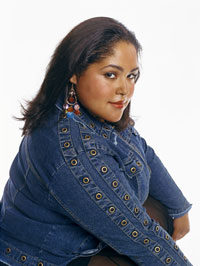 Obese women are 70% more likely to develop pancreatic cancer if they carry most of their extra weight around the stomach area, according to new research.

The findings are among the first evidence that the link between obesity and pancreatic cancer is as strong in obese women as in men, Dr. Juhua Luo of Sweden’s Karolinska Institute reported in the British Journal of Cancer.

“We found that the risk of developing pancreatic cancer was significantly raised in obese post-menopausal women who carry most of their excess weight around the stomach,” said Dr. Luo.

Pancreatic cancer is the fifth leading cause of cancer death worldwide. Though it accounts for only about 2% of the cancers diagnosed each year, the first-year survival rate is less than 5%, according to Johns Hopkins University in Baltimore.

Until now, smoking and chronic pancreatitis were the most well-established risk factors for the disease in men and women, with much of the evidence also pointing to a stronger obesity link for men.

As part of a large study known as the Women’s Health Initiative, researchers followed more than 138,000 menopausal women in the U.S. for more than seven years to investigate the links between obesity and pancreatic cancer. They found that 251 women developed the disease.

Of these, 78 had the highest waist-to-hip ratios. After factoring in other risk factors, this was 70% more than the 34 women with the lowest excess stomach weight who developed pancreatic cancer. The findings also suggest that

a) excess weight around the stomach may better predict the disease than the traditional Body Mass Index ( BMI) measurement for obesity.

b) obesity could increase the risk of pancreatic cancer by affecting insulin levels, with Type 2 Diabetes also playing a role.

A balanced, nutritious PCOS diet combined with regular exercise can help reverse an underlying cause of excess weight and obesity, namely the imbalance of blood glucose and insulin called Insulin Resistance. This latter condition decreases insulin sensitivity. By reversing Insulin Resistance, it is possible to facilitate PCOS weight loss.