Polycystic Ovarian Syndrome (PCOS) is often caused by a hormonal imbalance brought on by Insulin Resistance-related obesity. PCOS is a disorder that affects an estimated 25-30 percent of women and is a leading cause of infertility and other devastating symptoms. A root cause of PCOS is Insulin Resistance.

Symptoms of PCOS can vary widely from woman to woman and can include:

Current studies link Polycystic Ovarian Syndrome and Insulin Resistance. A report released in the British Journal of Obstetrics and Gynecology in 2000 indicated that up to 40 percent of women with PCOS have either impaired glucose tolerance or Type 2 Diabetes by age 40.

In addition, with Polycystic Ovarian Syndrome high levels of insulin stimulate the ovaries to produce large amounts of testosterone (a male hormone), which can contribute to infertility by possibly preventing the ovaries from releasing an ovum each month. High testosterone levels can also cause excessive hair growth, male pattern baldness, and acne. 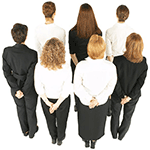 PCOS is one of the most common female endocrine (or hormonal) disorders and is characterized by multiple abnormal cysts in the ovaries.

Researchers have also found a link between Polycystic Ovarian Syndrome and other metabolic conditions, such as high levels of obesity, high levels of LDL (the “bad” cholesterol), and high blood pressure, all of which are risk factors for coronary heart disease, as well as symptoms of Metabolic Syndrome. Also known as Syndrome X, this disorder can substantially increase the chances of developing cardiovascular disease.

These findings substantially raise the bar on the seriousness of PCOS and make it even more important that physicians correctly diagnose PCOS and recommend appropriate therapy.

Because insulin production by the pancreas is thrown off by Insulin Resistance, the conversion of food to energy is disrupted, which increases the amount of stored fats. When glucose cannot enter the cells efficiently, it remains in the bloodstream, causing elevated blood sugar which is sent to the liver, where it converts to fat and is stored throughout the body.

When the body takes in calories it either burns those calories for energy or converts them to fat. In women with Polycystic Ovarian Syndrome, Insulin Resistance encourages the conversion and storage of fat and the production of excessive amounts of the male hormone testosterone.

At the present time, there are no permanent cures for PCOS-even removal of the ovaries will not completely eliminate this syndrome. But there are ways to address the underlying issue of Insulin Resistance, although a single approach will not work when trying to reverse its effects.

A complete system is needed to better manage PCOS, resulting in a greatly improved sense of wellbeing.

Insulite Health believes this approach should include a nutritious and well-balanced diet, and realistic exercise program, targeted nutritional supplements, (vitamins, minerals, amino acids, enzymes, and botanicals), and accessible information and a support network that can help you change unhealthy lifestyle choices.

All of these elements can be found in the Insulite PCOS system.