What You’ll Learn, and What to Do About It! 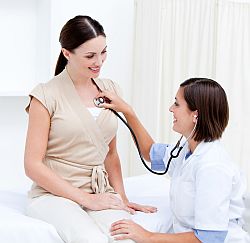 PCOS Test for the condition. Instead, in order to diagnose PCOS doctors will often do several types of tests. In addition to blood tests, doctors often conduct various physical exams prior to a PCOS diagnosis. These may include: skin exam to check for acne, skin tags, and acanthosis nigricans. It may include a PCOS exam of your head hair, facial and body hair. Pelvic and breast exams may be necessary to check for abnormalities. They may also check the size and placement of your thyroid gland. If you suspect you have PCOS, you should consult a health professional to insure a proper diagnosis. Women with PCOS should know that lifestyle changes, such as better diet, exercise, and pharmaceutical or nutraceutical supplementation, can correct many of the difficult symptoms of this disorder since it’s often linked to a condition named Insulin Resistance

But the condition called Polycystic Ovary Syndrome (PCOS) is tough to diagnose for an entirely separate set of reasons. Simply put, this is a wily disorder that presents itself in a number of different ways. Some women who have this condition experience baldness and other women have excess hair growth. Roughly half of the patients who have Polycystic Ovarian Syndrome (PCOS) suffer from obesity, but others can be lean.

Complicating matters is the fact that there isn’t necessarily a clear physical sign of the illness’ presence. Despite its name, it’s not an across-the-board truth that a string of ovarian cysts will be visibly present to confirm a PCOS (Polycystic Ovarian Syndrome) diagnosis. And what’s more, the medical imaging procedures that are sometimes employed to diagnose the condition are inconsistent, at best.

The reason it can be treated in this manner is

that it is rooted in something called Insulin Resistance . What this means, in short, is that the body has lost its ability to properly take in glucose from the blood stream. This causes an imbalance of hormones, which can in turn yield any number of effects in the body. For instance, an increased level of testosterone (the male hormone) often results in excessive hair growth on the face and body, but PCOS (Polycystic Ovarian Syndrome) can just as easily lead to male pattern baldness.

This, of course, is what causes the condition to have so many different symptoms, and what makes it so difficult to diagnose. Understanding this will help you understand some of the things the doctor might look for during your physical examination.

Telltale Signs in the Skin and Hair

Some of the symptoms of Polycystic Ovarian Syndrome (PCOS) are very physical, 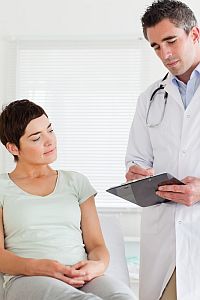 and highly visible; thus, they are things a physician will surely look for as they determine whether of not this is indeed the correct diagnosis. You’ll find that the doctor will pay a great deal of attention to your hair. As we‘ve already discussed, your hair is an area in which the effects of the illness might be clearly seen, though exactly how the condition manifests itself can be quite variable. Be sure to tell your doctor if you have experienced an excess in hair growth, or if you’ve lost a lot of hair. Both can be symptoms of Polycystic Ovarian Syndrome (PCOS).

Additionally, because of the wide-ranging effects it can have on your hormones, the illness might also yield any number of skin concerns. Your doctor will want to examine every part of you to ensure that there are no signs of these PCOS skin conditions. The doctor will look for acne, to name just one of these symptoms. He or she will also look for skin tags. If you’re unfamiliar with this term, it basically refers to a small, irritating flap of skin, usually found in an armpit or around the neck or groin.

Finally, the doctor will look for a third skin condition, in particular. This is a condition known as acanthosis nigricans, a classic sign of PCOS (Polycystic Ovarian Syndrome) . What this looks like, basically, is a darkened patch of skin on the neck, thighs, armpits, or vulva; the skin will not only be darkened, but possibly thickened as well.

Before your appointment, you might check yourself over and see if you can spot any of these signs on your own—and if you do, be sure to tell the doctor.

What Tests Can You Expect?

So what should you expect when you go to your physician and inquiry about Polycystic Ovarian Syndrome (PCOS)? You should certainly be prepared for the 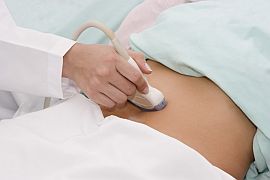 possibility of a transvaginal ultrasound or a sonogram, or perhaps even a biopsy of tissue from the uterine wall. You will also likely have blood drawn for a variety of blood tests. This might include hormonal testing, such as testosterone, Follicle Stimulating Hormone, Lutenizing Hormone, AMH (Anti-Mullerian Hormone) and prolactin. Your doctor may also test for other associated conditions like high cholesterol and Insulin Resistance . It’s quite likely your doctor will also check your blood pressure, measure your body mass index (BMI) or inspect for enlarged external female genitals, such as an enlarged clitoris. More than anything, though, you should know that the doctor will want to talk to you about your medical history, and conduct a physical examination to look for the symptoms we’ve discussed.

If you think you might have the symptoms of PCOS (Polycystic Ovarian Syndrome) and are dreading your diagnostic appointment, the first thing you should know is that you are not alone. Actually, millions of women deal with this condition. It is, according to most researchers, the most common of all women’s hormonal disorders, affecting as much as 10% of all women of childbearing age. The condition is present in women from all different races and nationalities, and has been found in girls as young as eleven years of age!

Further, the condition is treatable. Study after study has shown that the effects of Polycystic Ovarian Syndrome (PCOS) can be curbed, and even stopped altogether, through natural, health-boosting means—which is to say, through the cultivation of an altogether healthier lifestyle. This means increased attention to nutrition, and also more regular exercise. There are also different supplements that can be taken to help fight the condition.

Other Exams of Varying Effectiveness

In addition to these fairly hard-to-miss physical signs, you should also be prepared for a pelvic exam. This test should not be any different from the pelvic exams you receive on a routine basis from your gynecologist. What the doctors are testing for here is whether or not you have enlarged ovaries. The pelvic exam and an ultrasound can detect enlarged ovaries and an increased number of small follicles on the ovaries. Both are classic signs of PCOS (Polycystic Ovarian Syndrome) , though it should be noted that not all women who have this illness also have these particular symptoms. As with most medical tests, this one is not unimpeachable.

In addition to all of these physical exams, as stated above, your doctor might propose a trans-ultrasound, ultrasound or a sonogram. This is not unusual, and is not a reason for worry; however, you should know that it is not always a great indicator of Polycystic Ovarian Syndrome (PCOS). This is simply because of the reasons mentioned above—namely, that some of the things found in ultrasound tests are not universal indicators of this particular condition. On the one hand, a woman might have PCOS (Polycystic Ovarian Syndrome) but not have any signs of enlarged ovaries, or even visible ovarian cysts; on the flip side, a woman might have these signs, but not have this particular illness.

And that’s why the physical exam and medical history, as well as blood work, are so important. They help your physician form a fuller picture of precisely what’s going on with your body, and develop a more educated opinion about whether PCOS (Polycystic Ovarian Syndrome) is the culprit. Therefore, it’s vital to ensure that you prepare a thorough list of all your symptoms before going to your appointment. Make sure your doctor knows all the things that are going on with you, including issues with your hair and skin as well as menstrual concerns. The more information your doctor has the more it can help him/her in their diagnosis.

What to Do About PCOS

So let’s say that you receive your physical 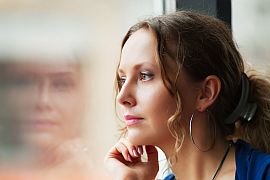 examination, and your doctor tells that you do, in fact, have Polycystic Ovarian Syndrome (PCOS). This is a serious diagnosis, with a lot of consequences, but don’t lose hope. While there is no cure, this condition is treatable and that’s the first important step.

You can begin taking more practical steps toward curbing the effects of this illness almost immediately. Start by reaching out to other women to form a support system. They don’t even have to have the same condition as you—so long as they are interested in joining you in your quest to get healthy, since that’s what counts.

Then, think about making some basic changes to your lifestyle. Think first about your nutrition. You can beat Insulin Resistance by increasing the number of nutrients you take in—that is to say, fruits, vegetables, and lean meats. Switch to whole grains, and avoid refined sugar and processed foods. Then, start getting some exercise. Even half an hour of exercise, five days a week, can work wonders in boosting your insulin sensitivity, and ultimately in getting you healthy and helping you beat the effects of PCOS (Polycystic Ovarian Syndrome) . Since Insulin Resistance is the underlining cause of PCOS, Insulite Health is here to offer you support. You’ll find information, recommendations, plans and even supplements to help you combat the effects of PCOS.