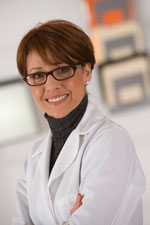 Drugs used in IVF for older women to boost their chances of becoming pregnant may increase their risk of having a baby with Down’s Syndrome, according to new research.

Doctors already know that the chance of having a baby with the genetic condition goes up with the age of the mother, especially for those over 35. Now UK researchers believe drugs used to kick-start ovaries for IVF in older women disturb the genetic material of the eggs.

Further research is now needed to confirm their suspicions. And the researchers do not yet know the true magnitude of risk. But they do say it could also cause many other genetic conditions besides Down’s.

The findings, presented at the European Society of Human Reproduction and Embryology’s annual conference, came from a UK study of 34 couples undergoing fertility treatment. All of the women in the group were older than 31 and had been given drugs to make their ovaries release eggs ready for their IVF treatment. When the researchers studied these now-fertilised eggs, they found some had genetic errors.

These errors could either cause the pregnancy to fail or mean the baby would be born with a genetic disease. A closer look at 100 of the faulty eggs revealed that many of the errors involved a duplication of coiled genetic material, known chromosomes.

Often, the error resulted in an extra copy of chromosome 21, which causes Down’s Syndrome. But unlike “classic” Down’s Syndrome, which is often seen in the babies of older women who conceive naturally, the pattern of genetic errors leading to Down’s in the IVF eggs was different and more complex. And this led the researchers to believe that it was the fertility treatment that was to blame.

Even with PCOS, there are natural solutions that will help you successfully conceive and grow your family. We have helped many women become pregnant just by eating healthily, exercising and taking our nutraceuticals system. Whatever you plan to do, make sure you’re making the best choice for your long-term health.