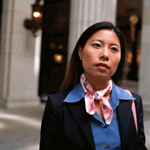 by the age of 16-18. A leading cause of this prevention of the normal menstrual cycle can be the hormonal imbalance called Polycystic Ovarian Syndrome (PCOS). Other causes can be ovarian or uterus dysgenesis (meaning poor development).

PCOS is the most common female endocrine (hormonal) disorder and is characterized by multiple abnormal ovarian cysts. Most ovarian cysts are harmless, fluid-filled sacs containing immature eggs that attach to the ovaries. But multiple cysts, with a typical appearance of a “string of pearls” or “pearl necklace,” are a hallmark of Polycystic Ovarian Syndrome. An estimated 5-10 percent of women of childbearing age are affected by PCOS, but post-menopausal women can also suffer from this condition.

Because the symptoms of PCOS can vary widely from woman to woman, doctors often misdiagnose the condition. This oversight became a matter of critical concern after a study conducted in 2000 found that women suffering from Polycystic Ovarian Syndrome have a higher risk of coronary heart disease.

The Insulite PCOS System can help women manage and control Polycystic Ovarian Syndrome. Its five elements are specifically designed to help control and manage the symptoms of PCOS. The Nutritional Supplements in the Insulite PCOS System, in combination with a balanced, nutritious diet and regular exercise, will help to decrease testosterone, reduce ovarian cysts, and help re-establish the delicate balance of your hormones.

You may be interested in some of our Frequently Asked Questions (FAQs) about PCOS and the Insulite PCOS System.