PCOS and Insomnia: The Natural Way to Reclaim Your Zzzzzzz’s

Women with PCOS (Polycystic Ovarian Syndrome) often confront a variety of sleep disorders, with many reporting Insomnia (or sleeplessness).5 These symptoms might be related to a condition called Insulin Resistance, a condition that greatly influences PCOS or PCOD (Polycystic Ovarian Disorder). Problems with glucose synthesis can make you feel tired but still unable to sleep, making PCOS and sleep issues problematic. PCOS can also lead to obesity, which in turn creates the risk of PCOS Sleep Apnea,1 a serious condition where your airway constricts and you’re unable to breathe properly. So, if your PCOS is depriving you of a good night’s sleep or you think you might have PCOS Sleep Apnea, seek treatment today. As a woman with PCOS, you should come to know that lifestyle changes, such as better diet, exercise, and nutritional supplementation can help with PCOS Insomnia and improve your sleep.

Do You Suffer From PCOS and Sleep Disorders?

Whenever you get sick or come down with an illness, what are the common pieces of advice people always give you? Chances are you’ll hear a lot of people telling you to drink more fluids. You might receive dietary advice—like having a bowl of chicken soup to alleviate the symptoms of a cold, for instance. And more likely than not, you’ll have people tell you to get plenty of sleep. Ah, but what happens when one of the symptoms of your condition is the inability to get a good night’s rest? That’s where trouble comes, and, of course, it’s a vicious cycle: Insomnia makes it harder for you to get better, and your inability to get better perpetuates your sleeping problems! For women who suffer from Polycystic Ovarian Syndrome (PCOS), in particular, this is an all-too-common predicament.

But wait. You might be wondering precisely how PCOS (Polycystic Ovarian Syndrome) keeps women from sleeping well at night since it’s already tied to other symptoms like:3

PCOS is certainly known for these symptoms and for causing infertility. The inability to conceive a child (and some of these other symptoms) might cause some sleepless nights, but is it fair to say that Insomnia is a 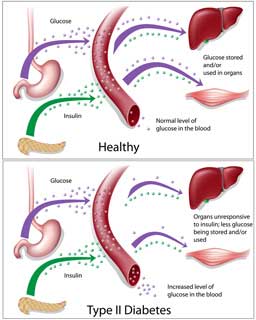 true medical symptom of this disorder?

The answer, as it turns out, is yes—and women who have PCOS (Polycystic Ovary Syndrome) are not alone in this regard. PCOS (Polycystic Ovarian Syndrome) can be rooted in a condition called Insulin Resistance. Many recent studies confirm what doctors have long suspected—that insulin and Insomnia are closely linked.

Here’s how. In PCOS women, the pancreas works doubly hard to keep blood glucose levels within normal limits because of Insulin Resistance. These glucose fluctuations can trigger your body to pump out epinephrine or norepinephrine, which prompts your body’s fight-or-flight response that we get during emergencies or instances when we feel threatened. This is why falling asleep could be difficult – your confused body is physiologically preparing you for some kind of battle that doesn’t exist.4

But what is the nature of that link—and perhaps more pointedly, what can be done about it? To get to the bottom of those questions, it’s important to take a moment to explore the link between your hormones, your insulin, your night’s rest, and PCOS (Polycystic Ovarian Syndrome).

PCOS: How it’s Connected to Your Insulin 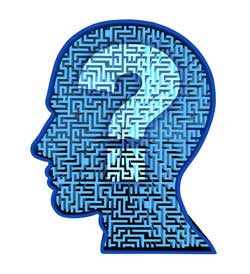 So what’s the connection between the ovaries, the hormones, and insulin? The cycle that perpetuates PCOS (Polycystic Ovary Syndrome) is a complex one, and for many it is difficult to understand, but, in brief, here is what happens. Insulin Resistance means the body is not able to absorb glucose from the bloodstream as it once did; this is the same root cause that can give way to diabetes. The body, and the ovaries especially, perceives a lack of insulin and responds by creating excess hormones. It is this hormonal imbalance that produces such a wide range of effects—for instance, an increase in testosterone production can cause fertility problems, male pattern baldness, and skin problems.

But if there is a link between Insulin Resistance and infertility, or skin problems, what is the link between this condition and the inability to get a good night of zzzzzz’s?

PCOS: How it Robs You of Your Good Night’s Rest 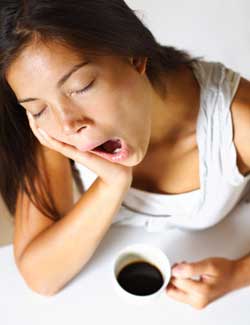 In June 2011, Diabetes Care magazine published the results of a vast scientific study—the largest, most extensive study ever conducted into the connection between insulin and Insomnia.2 What they discovered was, sadly, unsurprising—specifically, that Insulin Resistance and Insomnia form a vicious cycle, perpetuating each other and ultimately leading to an overall unhealthy lifestyle and difficulty keeping insulin regulated.

The study noted there is a strong, clear link between Insulin Resistance and Insomnia—and not only because people with Insulin Resistance run a much greater risk of having sleeping problems. Additionally, the study showed that difficulty sleeping actually increases Insulin Resistance, and that those who sleep poorly at night tend to have a much harder time regulating insulin levels the next day. And these further insulin issues, as you might imagine, lead to even greater problems in other areas of the body, including many of the side effects mentioned above.

And of course, this is not only the case with diabetics. Remember, these insulin issues can also lie at the heart of PCOS (Polycystic Ovarian Syndrome), which means women with this condition are, quite literally, kept up at night by their condition.

It is worth noting that, although hormonal imbalance is frequently linked to problems with Insomnia, there are also more specific ways Insulin Resistance can keep you up at night. Specifically, the condition frequently causes sleep apnea, a major cause of fatigue, daytime sleepiness, and poor health.

Sleep apnea is a serious sleeping disturbance, one in which the upper air passageways are blocked and breathing briefly stops throughout the night. It is a serious condition and has been linked with depression, daytime drowsiness, and even poor decision-making stemming from fatigue. More to the point, it is frequently attributed to obesity and unusual insulin levels—both of which, of course, explain its relation to PCOS (Polycystic Ovarian Syndrome).

On top of all that, PCOS (Polycystic Ovarian Syndrome) has been linked with other sleep disruptions as well, including severe snoring, which can be a serious medical condition that can have serious ramifications on the body’s health. But if the negative effects of Insulin Resistance on your night’s rest are so numerous does that mean you will suffer from this condition with no hope for recovery? In reality, there are practical steps you can take that can remedy these effects naturally and effectively.

There are plenty of recommended ways for ensuring you sleep better at night; these methods range from chamomile to a glass of warm milk before bed. These strategies are far from ineffective, but an even better approach is to treat not just the symptoms, but the underlying cause of the problems—Insulin Resistance. 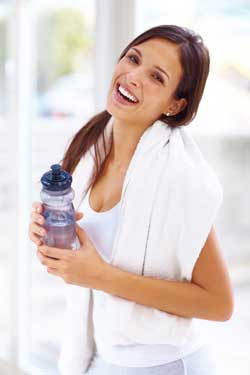 And this is where the news is good. As it happens, Insulin Resistance is a condition that you can combat naturally. It’s a matter of taking the kinds of proactive measures necessary for ensuring an altogether healthier lifestyle. As you can probably guess, this means increasing your level of exercise, improving your diet, and taking targeted nutritional supplements. This isn’t necessarily everyone’s idea of a fun time, but it means your sleeping problems and other symptoms can be eliminated without the need for addictive medications or risky surgeries.

As far as exercise goes, just working out for half an hour, five days a week, can make a world of difference. Scientists point to numerous ways in which physical activity can help with the symptoms of PCOS (Polycystic Ovarian Syndrome). For one, exercise will help you lose weight, which will go a long way toward helping you sleep better and being healthier overall. On top of that, it also raises your insulin sensitivity. And an increase in insulin sensitivity is, obviously, great news for anyone dealing with Insulin Resistance.

And then there is the matter of diet and nutrition. To be clear, you do not have to starve yourself in order to lose weight and get healthy. In fact, that’s a poor way to handle a diet. Instead, eat plenty of nutrients. Consume a diet that is rich in proteins, fruits, and vegetables. The proteins are the key, so make sure you get one with every meal, which will boost your metabolism and keep your energy levels up. What should you avoid? Bypass foods made with refined sugars, or any kind of added sugars and sweeteners. Also, be sure you avoid stimulants, like coffee, as well as processed foods. Finally, try, as much as you can, to stick with whole grains.

Check out some of the resources available from Insulite Health, including our targeted nutritional supplements. You’ll also find a wealth of excellent informational materials here to help you learn how to deal with this condition and how to beat it naturally and effectively.