As a general rule, the lower the LDL level and the greater the HDL level, the more chance there is of maintaining good cardiovascular health.

Women with PCOS are nearly twice as likely to suffer from atherosclerosis (plaque deposits in the arteries), than those without the syndrome. Atherosclerosis sharply increases the risk to coronary heart health.

In addition, PCOS sufferers are prone to hyperinsulinemia, a condition which prompts the liver to produce high levels of the fatty blood lipid triglycerides, which is another risk factor to cardiovascular health. 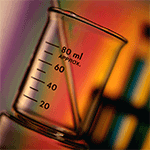 Additionally, LDL cholesterol particles in people who suffer from Insulin Resistance and PCOS are smaller and more dense than the particles of people without conditions. This factor has been directly linked to an increased risk to cardiovascular health although the exact cause of this relationship is unclear.

A woman with PCOS often displays other sympotoms that result in increased risks to cardiovascular health, such as high blood pressure (hypertension).

The National Cholesterol Education Program (NCEP) advises that addressing high levels of cholesterol is critical; but that “the idea that you can use cholesterol-lowering drugs without lifestyle changes is incorrect,” said Scott Grundy, M.D., Ph.D. and the American Heart Association’s representative to the NCEP. “Lifestyle changes have enormous benefits beyond lowering LDL cholesterol, such as raising levels of good cholesterol, lowering triglycerides, improving Diabetes and reducing inflammation.”

Although there are approved drugs that can help lower cholesterol levels, there are currently no drugs that will completely reverse PCOS or Insulin Resistance.

Because there is no single solution that can reverse Polycystic Ovarian Syndrome or Insulin Resistance, Insulite Health recommends that you rely on a multi-faceted approach to improving these conditions. What is required is a complete system, including Nutritional Supplements (vitamins, minerals, amino acids, enzymes, and botanicals formulated to address specific conditions), a realistic exercise program, nutritional guidance, a support network, and an accessible information source that can help you change unhealthy lifestyle choices and address the issues presented by these disorders. The Insulite PCOS System is just such a complete system.

You may be interested in some of our Frequently Asked Questions (FAQs) about PCOS and the Insulite PCOS System.