Women with PCOS (Polycystic Ovarian Syndrome) often report ‘feeling foggy’ or having difficulty with focus and concentration. Research is ongoing, but the reason for these cognitive problems might be elevated androgens rather than Polycystic Ovaries. The mental consequences of PCOS (Polycystic Ovarian Syndrome) can be distressing, but there is something you can do. A healthy lifestyle – one complete with nutritious diet, plentiful exercise, and targeted nutritional supplements and/or prescription medications – could help you bring your PCOS symptoms under control.

Insulite Health is dedicated to the goal of empowering women to truly transform their health. Good health is not a destination so much as it is a journey. Let Insulite Health accompany you on your journey to good health. If you have time, click through the tabs above to discover in-depth information regarding emotional and mental symptoms and PCOS.

But we know you’re busy! If you’re ready to find out more about natural remedies for PCOS, discover how the five elements of the Insulite PCOS System work together to support your health goals.

A Link Between PCOS and Difficulty Concentrating? 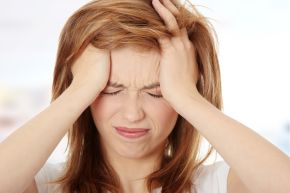 The name Polycystic Ovarian Syndrome is a bit misleading because you might never have a single ovarian cyst yet you’ll still suffer from the condition. There are other symptoms, like PCOS mental ones. For example, have you had difficulty concentrating on a task you were seeking to complete? Chances are, the answer is a resounding ‘yes’ since we’ve all been there. Maybe you faced it more often back when you were in school, having difficulty focusing on the teacher’s lecture. Again, that’s a natural scenario. You might experience it even as an adult, sometimes nodding off or wandering into daydreams during the middle of a business meeting or conference call. Again, everyone experiences moments of boredom. However, if it’s a chronic and habitual experience there might be more than just tedium happening. PCOS (Polycystic Ovarian Syndrome) might be an underlying cause.

Although Polycystic Ovarian Syndrome (PCOS) is more commonly associated with pregnancy complications or menstrual issues, it can go beyond these problems. The reality is that doctors and researchers are recognizing this condition more and more frequently as a truly multi-faceted disorder that can cause myriad problems.1 As a woman battling PCOS (Polycystic Ovarian Syndrome), you might have heard about hair loss, skin problems, and weight gain. Other significant issues also include psychological issues, like the inability to concentrate, or difficulty in focusing on a particular task.

All these symptoms are connected. Polycystic Ovarian Syndrome (PCOS) doesn’t cause all of your bodily systems to break down at random; rather, it begins as an issue with blood glucose, turns into a hormonal imbalance, and eventually gives way to symptoms like obesity and excess weight gain. It’s at this point when most doctors believe psychological issues come in.5 We’ll talk more about these cases of mental and emotional disorder, of course, but first, let’s back up and get to the heart of what PCOS (Polycystic Ovarian Syndrome) really is.

PCOS: Your Insulin Resistance and You 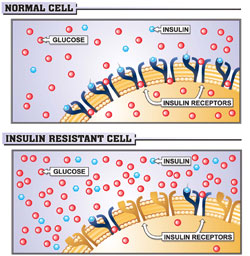 Experts believe PCOS (Polycystic Ovarian Syndrome) is influenced by Insulin Resistance. Insulin Resistance is a condition in which the body loses its ability to properly absorb and use glucose from the bloodstream. Your ovaries and your glands are all keenly aware of a change in insulin in the body and in response produces excessive quantities of different hormones, including the sex hormones. As you know, hormonal imbalances can lead to many problems, including PCOS emotion problems, sexual problems, menstrual problems, metabolic problems, and of course, problems with concentration.

The importance of the metabolic effects is especially important to consider. It’s because of your body’s diminished ability to metabolize carbohydrates properly that PCOS (Polycystic Ovarian Syndrome) so frequently causes obesity, but it can also lead to conditions as serious as diabetes and Metabolic Syndrome. Furthermore, it is because of weight gain and general metabolic slowdown, many doctors believe, that the condition can ultimately cause mental and emotional turmoil, including difficulty concentrating. 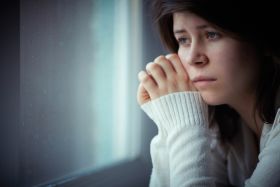 We see plenty of statistics about the correlation between difficulty concentrating and Polycystic Ovarian Syndrome (PCOS), but a recent study from the University of Pittsburgh Medical Center clarified some of the more specific connections.2 In the study, researchers found overwhelming evidence to suggest that women with PCOS (Polycystic Ovarian Syndrome) frequently struggle with mental disorders, including depression, a chief symptom of which is difficulty in concentration. What’s more, the study showed a strong connection between depression and BMI (Body Mass Index), pointing to depression’s roots in metabolic issues and weight gain. The conclusion of the study is sobering, revealing that depression is a “significant” psychological risk in women with PCOS, and that regular screening for depression should be an integral part of any PCOS (Polycystic Ovarian Syndrome) treatment.

Two other studies, one from the University of Virginia, offer further clarity. In one study, researchers found there is a strong possibility of mental disorders in women with PCOS (Polycystic Ovarian Syndrome), obese and non-obese alike.3 The results of the study suggest these problems have less to do with hormones directly, however, and more to do with body image and self-perception. The other study by the Department of Psychology at McGill University in Montreal, Quebec, found results that suggest, “In women, elevations in free T may be associated with poorer performance on cognitive tasks.”4

So, emotional or physiological, the problem is very real; Polycystic Ovarian Syndrome (PCOS) and depression have been linked in many different studies. But what are the effects of depression, exactly, the signs that we as women with the condition should be aware of? As you have probably gathered, difficulty concentrating is chief among them, as are difficulty sleeping, changes in appetite, loss of sexual interest, loneliness, and indecisiveness.

That’s a pretty daunting list of symptoms, but the good news is, you don’t have to live with this condition forever. Keep reading to find out how you can combat the effects of PCOS (Polycystic Ovarian Syndrome) in your life. 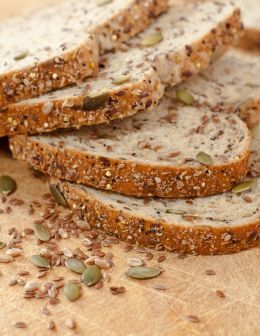 The real “trick” to beating Polycystic Ovarian Syndrome (PCOS) is understanding where it comes from and dealing with it accordingly. And you’ve already got a leg up on that task, because you know this disorder is often rooted in Insulin Resistance. Happily, Insulin Resistance might be reversible. Combating it and turning its effects around is a matter of improving your lifestyle and making altogether healthier choices. That’s not to say it’s going to be easy, because it will definitely require discipline and willpower, but healthy living is a totally safe and natural way of managing PCOS (Polycystic Ovarian Syndrome).

Start with some modifications to your diet. These do not have to be extreme, necessarily—just healthy. Don’t feel like you have to starve yourself. On the contrary, eat plenty of the right foods and ample amounts of the right nutrients. Make sure to get a good, lean protein with every meal, as well as lots of fruits and vegetables. Try to always focus on whole grains while cutting out refined sugars and processed foods.

Also think seriously about ways in which you can add physical activity to your life. Ideally, this means working out for half an hour a day, at least five days a week. If that seems like a major commitment, though, think about taking some smaller steps, as well as getting some accountability. Why not put together a group of ladies to go walking together once or twice a week? Or reach out to a local walking club?

Finally, vigilance is always important. As one of the studies we mentioned above is quick to note, it is vital that women who have PCOS (Polycystic Ovarian Syndrome) screen themselves regularly for depression. Review the list of symptoms we mentioned above and be aware of their presence in your life. Always be on your guard against difficulty in concentration as a telltale sign of Insulin Resistance!