What are some of the causes of increased androgens in women?

What are the symptoms of high levels of androgens in women?

Symptoms of high adrenal androgen hormonal imbalances and PCOS symptoms can be similar but there are some differences.

Treatment for high levels of androgens in women with PCOS depends on ruling out adrenal disorders. As stated earlier, glucocorticoids used to treat some adrenal disorders can worsen Insulin Resistance in women with Polycystic Ovarian Syndrome. In addition, disorders like cancerous tumors and Cushing syndrome are life-threatening and need immediate addressing.1 Although women with Polycystic Ovarian Syndrome do have increased health risks, they most often seek treatment for cosmetic reasons or because of infertility. Ask your doctor to assess your cortisol, DHEA, DHEA-S, and testosterone levels to determine which treatments are right for your PCOS symptoms. 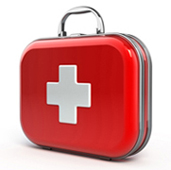 Medical treatments to address high levels of androgens in women with PCOS include:1

In a 2004 study of 1,000 women with Polycystic Ovarian Syndrome, Dr. Azziz and his colleagues found that anti-androgens and oral contraceptives treatments could alleviate the PCOS symptoms of acne, hair growth, and menstrual irregularity but did not help with scalp hair loss.5 The researchers also reported that over 60 percent of the women with Polycystic Ovarian Syndrome treated with these hormonal suppressants experienced side effects.5

Non-hormonal medical treatments for symptoms of high levels of androgens in women with PCOS include antibiotics and retinoids for acne, surgery for infertility, and hair removal treatments such as depilatory creams, shaving, and waxing.1

The Androgen Excess and Polycystic Ovary Syndrome Society espouses lifestyle changes as the go-to treatment for women with PCOS.6 That’s because diet and exercise can greatly reduce Insulin Resistance and PCOS symptoms. If you are overweight or obese, hormonal imbalances are amplified and it is unlikely that other treatments for hirsutism will be effective.1 Losing just 5 -10 percent of your body weight, however, will lessen PCOS hair growth and improve other PCOS symptoms.1 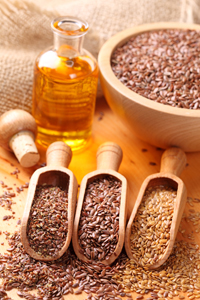 and exercise plan. Lifestyle modification must be a life-long practice for a women with Polycystic Ovarian Syndrome who wants to manage PCOS symptoms and androgen excess. A program that helps you understand your behavioral triggers helps you learn healthy habits and offers the social support necessary to sustain healthy lifestyle changes.

Botanicals that have shown promise in reducing high levels of androgens in women with Polycystic Ovarian Syndrome include:7

It’s important to consult a dietician and/or a doctor before taking any kind of nutritional supplement as they can interfere with other conditions and prescription medications.