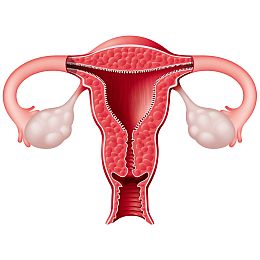 surgery for PCOS (Polycystic Ovary Syndrome), also known as PCOD (Polycystic Ovary Disorder) dating back to the 1930s. Drs. Stein and Leventhal, the doctors who first identified PCOS, pioneered this PCOS surgery. Due to the high risk of complications, this surgery for Polycystic Ovaries is rarely undertaken today. If a surgical option is desired, Laproscopic Ovarian Drilling is most surgeons’ first choice nowadays. Even a Cystectomy or Ovarian Drilling surgery carries risks of complications, and isn’t always successful. Many women can manage PCOS by controlling an important influencing factor– a condition known as Insulin Resistance. Through lifestyle changes, such as eating a healthy diet, exercising, and taking appropriate herbal supplements women with Polycystic Ovarian Syndrome have found much needed relief.

What Can You Expect with PCOS? 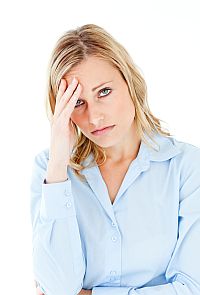 Every now and then people will have surgery done for purely voluntary reasons—a cosmetic surgery, perhaps—but, typically speaking, surgery is performed as a last resort. We don’t submit to surgery because it’s a fun thing to do, but rather because there is something awry with our body and physicians are unable to fix the problem through any less extreme methods. Indeed, for many of us, surgery is a sign of exhaustion, an indicator that every other treatment option has been attempted and we feel like the operating table is the only place where we might find relief.

And it’s not at all hard to understand how a woman with PCOS (Polycystic Ovarian Syndrome) could get to this point. It’s a truly exhausting and at times dispiriting condition, and one that manifests in many different ways, effectively causing trouble in many different bodily systems. The most commonly known symptom is infertility, and many women who have this condition experience irregular periods or trouble conceiving. But the disorder can also cause major skin problems and hair problems, ranging from baldness to excess hair growth. And it often goes hand in hand with obesity and excessive weight gain, which in turn can increase the risk of heart disease.

Compounding all of this is the fact that women with PCOS (Polycystic Ovarian Syndrome) experience these symptoms in different combinations, which means the condition is both difficult to diagnose and tricky to properly treat. It’s no wonder that it causes feelings of frustration, even desperation. But is surgery really the best option available to women with this condition? Before we can answer, we’ll need to take a closer look at what the disorder is all about. 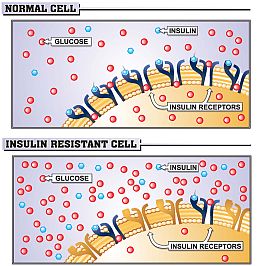 Polycystic Ovarian Syndrome (PCOS) is a very common ailment; millions of women suffer from it, roughly five to ten percent of women of childbearing age. It does not discriminate based on nationality or race, and has been known to occur in girls as young as eleven. Doctors say that it’s the most common of all women’s hormonal disorders.

And right there you see something interesting about Polycystic Ovarian Syndrome (PCOS)—that, despite what its name might suggest, it’s not primarily a disorder of the ovaries. The ovaries can be affected in some major ways, but, primarily, this is a condition of the hormones.

It’s rooted in something called Insulin Resistance. What this entails is your body’s loss of ability to properly absorb glucose from the blood stream. Your body responds to the reduced insulin sensitivity seen in Insulin Resistance by creating certain hormones in excess—in particular, your ovaries can increase their hormone production—and this in turn leads to imbalance in your entire hormonal system. Given how many of your bodily functions are regulated by your hormones, it’s easy to understand how this might lead to so many different problems.

PCOS presents itself differently from one case to the next because so many different hormones are affected, and in different ways. Often, the imbalance in the sex hormones leads to trouble with ovulation. In other cases, an increase in testosterone production can lead to acne, male pattern baldness, or excess hair growth.

There are many serious effects—and as if these weren’t dire enough, Insulin Resistance, when untreated, can develop into diabetes or obesity. Naturally, a woman afflicted with this condition wish to find a remedy, even if it means undergoing surgery—but is that really the most reasonable option? 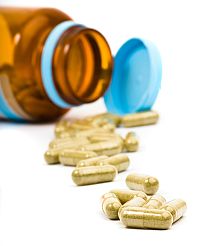 This is very much in keeping with some of the other surgical procedures that are used to treat PCOS (Polycystic Ovarian Syndrome). For example, laparoscopic ovarian drilling functions in roughly the same way, removing part of the ovarian tissue. So, too, does a hysterectomy; in fact, this common procedure results in the removal of the uterus and, in many cases, the ovaries as well.

But all of these surgical procedures and the ovarian wedge resection in particular, are used less and less frequently. There are several reasons for this. The first is that its efficacy is questionable. Studies report differing numbers on how many women who have this procedure performed end up regaining fertility and conceiving a child. What is more certain, however, is that many women who have this procedure done end up with long-term tissue damage, major scarring, and pelvic discomfort.

Why Surgery Isn’t the Best Option
But the real reason why surgery isn’t really the best option for Polycystic Ovarian Syndrome (PCOS) sufferers—and why the ovarian wedge resection procedure is becoming less common—is simply that these procedures do nothing to treat the fundamental cause of the disorder.

As we have already stated, PCOS (Polycystic Ovarian Syndrome) is, contrary to what its name might suggest, not primarily a problem with the ovaries. It’s a disorder of the hormones, rooted in Insulin Resistance. Removing part of the ovaries might result in a decrease in hormonal production, but it’s ultimately not dealing with the true root cause of the condition, and is very unlikely to offer full relief.

The best way to cope with this condition is to treat Insulin Resistance. The good news here is that, according to scientists, this is an entirely manageable condition. Best of all, it can be combated simply through improving your lifestyle.

Insulin Resistance is no laughing matter. It’s a serious condition that can lead to many serious health risks, including obesity and excess weight gain. When left untreated, it can eventually develop into serious conditions such as diabetes, Metabolic Syndrome, and yes, PCOS (Polycystic Ovarian Syndrome).

But treating it may be really as simple as improving your lifestyle, through an increase in exercise and better dietary habits. Some women also need the addition of herbs and nutrients to target the Insulin Resistance and hormonal imbalance. As far as exercise goes, scientists say you might see improvements in your condition very quickly after starting a regular fitness regimen. And this does not mean you have to become a total gym nut; really, half an hour a day, five days a week, should be enough to make a huge difference, and will go a long way toward reversing the effects of Insulin Resistance. If you have a hard time staying focused and accountable, enlist a support group; get a workout buddy to walk or jog with you, even if it’s just one time per week.

As for diet, you don’t have to starve yourself, or go on some silly novelty diet. You simply need to boost the nutrients you take in. For starters, make sure that you are getting a protein with every meal. Don’t eat fatty meats, either, but try lean ones and preferably from organic, grass-fed animals. Additionally, increase the amount of vegetable servings you get and avoid refined sugars, processed foods, foods with sugars added, refined carbohydrates and stimulants such as coffee. Finally, reduce overall intake of carbohydrates and stick to whole grains as best you can for those carbs that you do eat.

A big part of improving your lifestyle is going to be staying motivated. This is the mixed blessing of this natural method; the plus side is that Insulin Resistance can be controlled through all-natural methods, but, unlike taking a pill or having a surgery, this is going to take some discipline on your part. A good way to stay patient and to endure is to begin every day on a positive note. Take a few minutes every morning to do something you love, something that will put you in a good frame of mind—whether it’s going for a jog, reading a book, or listening to music.

Whatever you do, take the initiative to improve your lifestyle. If you don’t, Insulin Resistance could quickly turn into something very serious. But if you do, you can improve your health without the aid of surgery.