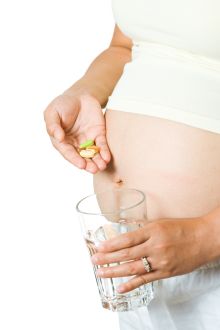 Polycystic Ovarian Syndrome (PCOS) is a leading cause of female infertility. Unfortunately, a PCOS pregnancy also faces a higher rate of miscarriage. Although the exact cause is unknown, it appears that hormonal irregularities present in women with PCOS can trigger a miscarriage. The good news is that women with PCOS infertility issues can improve their chances of a successful pregnancy by taking care of their health. If you start eating a nutritious diet, exercising regularly, and taking targeted nutritional supplements, then it can give you a greater chance for a trouble-free pregnancy.

+ Click here to read more articles about PCOS and Pregnancy

What Symptoms Can You Expect With PCOS? 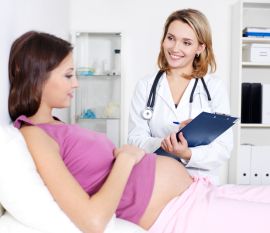 For women with PCOS, fertility can be as serious issue, but not the only complication. The Beth Israel Medical Center and Albert Einstein College of Medicine in New York says, “Polycystic ovary syndrome (PCOS) is a disease of complex and still poorly understood causes and of variable phenotypes. It is characterized by anovulation, hyperandrogenism, and polycystic ovaries. Infertility is commonly present. A variety of methods have been used successfully to achieve pregnancy in women with PCOS. Maintenance of pregnancy is complicated by a higher rate of premature spontaneous abortions and high risk of gestational diabetes, hypertension, and preeclampsia. However, with careful monitoring and treatment, the outcome of pregnancy in most women with PCOS is excellent.”8

In addition to the symptoms listed above, such as Polycystic Ovaries and infertility, you might have other medical issues. These could include:

Keep in mind that since no two women have the same symptoms you might have only a few of them. This is why PCOS (Polycystic Ovarian Syndrome) is a difficult condition to diagnose.

PCOS is a syndrome of hormone imbalances; its dominant feature is that the women who suffer from it are likely to have multiple hormonal imbalances-some are too high while others are too low.2 One theory regarding the higher incidence of miscarriage in women who have Polycystic Ovarian Syndrome is that the occurrence is related to elevated insulin levels. Researchers definitely see that miscarriage is more likely to occur in women who have Polycystic Ovarian Syndrome (PCOS) influenced by Insulin Resistance, than in women who do not have the condition.3 Insulin Resistance (IR) occurs when your blood cells begin to reject insulin because of poor dietary choices. This results in the inability of your cells to convert blood sugar into energy.

If you’re a pregnant woman with Polycystic Ovarian Syndrome, then you might have elevated levels of insulin that can interfere with the normal balance between factors that promote blood clotting and those promote the breakdown of the clots. High insulin levels can actually result in increased blood clotting at the interface between the uterine lining and the placenta, leading to placental insufficiency, and failure of the placenta to supply nutrients to the fetus and remove toxic wastes. The result can be miscarriage.4

Miscarriage and Other Hormonal Imbalances

While some researchers believe the link between PCOS and miscarriage is due to Insulin Resistance, other studies find links between miscarriage and high levels of Luteinizing Hormone (LH).5 This is a glycoprotein hormone that stimulates ovulation.
Still others suggest that high androgen (male hormone) levels contribute to the problem.6 Women with PCOS can experience dysfunctional levels of both of these hormones, with yet another link to Insulin Resistance.

Researchers at the Virginia Commonwealth University Medical Center found that pregnant women with PCOS had significantly lower concentrations of two key proteins in the uterine lining: glycodelin and IGF binding protein. These proteins are secreted during pregnancy by the endometrium, the membrane that lines a woman’s uterus. Of the 134 women in the study, 12 had miscarriages in the first trimester, and 10 of those 12 had PCOS. These two proteins might play a key role in implantation of the embryo and maintenance of the pregnancy.7

The Risks of PCOS and Miscarriage

Women with Polycystic Ovarian Syndrome typically have a higher rate of miscarriage than those who do not suffer from PCOS. Miscarriage is defined as the spontaneous ending of a pregnancy before its 24th week. Some studies show the rate of miscarriage in women with Polycystic Ovarian Syndrome to be as high as 50 percent, as compared to the national average of 15 percent. For those women who do manage to conceive, some studies show, “Their babies are at an increased risk of neonatal complications, such as preterm birth and admission at a neonatal intensive care unit.”11

Not only do women with PCOS and its underlying Insulin Resistance have more difficulty attaining pregnancy, but researchers have found they have more complications after becoming pregnant, such as problems with preeclampsia, gestational diabetes, macrosomia (babies bigger than 4,500 grams at birth), and clotting factors.1 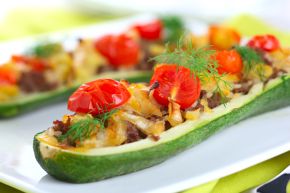 There is no single solution that addresses all the symptoms of Polycystic Ovarian Syndrome (PCOS) or Insulin Resistance. But you can take certain steps to improve your overall health that are also helpful in reducing the occurrence of miscarriage. These steps include upgrading your overall diet, increasing your exercise, reducing your stress levels, stabilizing your insulin and glucose levels, and balancing your hormonal systems.

Keep in mind that a diet that is high in non-starchy vegetables and low in simple carbohydrates, fats, and sugars is best. Complex carbohydrates are also necessary but you should eat them in moderation. As for specific PCOS nutrition, consider the glycemic index of the foods you eat because foods high on the glycemic index tend to raise blood sugar and exacerbate IR.https://pcos.com/wp-admin/post.php?post=26207&action=edit#

The five elements of the Insulite PCOS System incorporates all of the healthy approaches to manage PCOS which can be helpful in reducing the risk of miscarriage. If you’d like additional help, take the time to examine our website, talk with one of our specialists, and find out how you can make changes in your life to control Insulin Resistance and lead a healthier lifestyle.