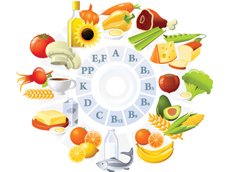 is a complex condition; with overlapping symptoms, signs, and potential causes.5 It’s also known as PCOD (Polycystic Ovary Disorder). Latest research is supporting a new view of PCOS (Polycystic Ovary Syndrome). Studies are saying it’s a disorder of systemic inflammation,1 stemming from chronically high levels of insulin and a condition known as Insulin Resistance. There’s also growing concern of a link between PCOS and Diabetes. Taking good care of your health by eating a nutritious diet, exercising regularly, and taking healthful supplements is the first line treatment for PCOS and its troubling symptoms, like Polycystic Ovaries. This alone could bring results for many women.

Can PCOS Cause Inflammation and What Are PCOS Signs?

The medical jury is still out when it comes to exploring the precise role of Chronic Inflammation in the onset of Polycystic Ovarian Syndrome. But inflammation is increasingly being implicated in such disorders as heart disease and Pre- and type 2 diabetes, all of which are often closely linked with PCOS. Plus, according to one study, “Circulating NEO (Neopterin) levels are elevated in PCOS independent of body mass index supporting the suggestion of PCOS is a low-grade chronic inflammatory state, which means that even when weight isn’t an issue, a PCOS patient can still suffer from inflammation.

Inflammation is part of your body’s immune system, which triggers a defense response to harmful stimuli. Your body reacts to injury by sending specialized blood cells to damaged areas where they attack “invaders” like the renegade molecules called “free radicals” and clean up dead and dying cells.

In the case of inflammation and Polycystic Ovarian Syndrome, the “invader” is thought to be excess levels of insulin, which may be caused by the imbalance of blood glucose and insulin called Insulin Resistance.

Inflammation can take an external form like the reddened, tender skin, which draws attention to a splinter in your finger. Or it can be an unseen, internal process in response to something harmful and long-term like high blood pressure.

To combat internal harm, inflammation produces C-reactive protein (CRP), which, unfortunately, can damage your arteries by helping to form plaque while attempting to tackle a condition like high blood pressure. Plaque is a substance that attaches itself to your artery walls, damaging those walls and seriously impairing blood flow, which can lead to a heart attack or stroke. A blood test measures CRP levels and the higher that level is, the more at risk you are from cardiovascular disease. There’s contradictory evidence, however, about whether CRP levels and Insulin Resistance are closely linked.

What is Inflammation and Insulin Resistance?

Research about inflammation is often cutting-edge material that still needs ample verification. But scientists are gathering data that inflammation can precede and predict Pre- and type 2 diabetes – conditions which PCOS sufferers are prone to developing. Previous research had already linked inflammation to heart disease and obesity, which are both common in women with Polycystic Ovarian Syndrome.

sugar – the body’s basic fuel for energy – from the bloodstream into cells via the cells’ walls. But unbalanced insulin levels, due to insulin de-sensitivity in the cell wall caused by Insulin Resistance, can lead to high concentrations of blood sugar. Scientists on the frontier of inflammation research are testing people’s blood samples, not only for insulin and glucose levels, but also for a variety of compounds associated with inflammation. Some of these, such as interleukin-6 (IL-6) and tumor necrosis factor alpha (TNF-alpha), are cytokines – chemical signals that your immune system uses to marshal inflammatory activity.

Others, such as so-called acute-phase proteins made by the liver, rise in response to increased cytokine concentrations. These proteins don’t contribute directly to inflammation but, because they remain detectable in blood longer than cytokines do, and they are a convenient measure of it.

Women with PCOS face inflammation risks, but also other serious complications. A study at the University of Louisiana concluded, “Women with PCOS have an increased prevalence of many cardiovascular risk factors including obesity, android fat distribution, insulin resistance, impaired glucose tolerance, diabetes, dyslipidemia, hypertension, and metabolic syndrome. Markers of chronic low-grade inflammation, which are associated with an increased risk of CVD, are also elevated in PCOS.

characterized by high blood-sugar concentrations that result from defects in your body’s use or production of insulin. With Pre-Diabetes, the levels of glucose and insulin are higher than normal, but not elevated enough for a diagnosis of Type 2, which is why Pre-Diabetes is reversible via weight loss as a result of a balanced, nutritious diet and regular exercise.

If neglected, however, Pre-Diabetes in PCOS victims may lead to full-blown Type 2 Diabetes, which can only be managed in the vast majority of cases and often requires daily injections of insulin. Type 2 Diabetes, itself, is a severely increased risk factor for serious complications like heart and kidney disease, declining vision and blindness and the need for amputation.

The concentrations of cytokines and acute-phase proteins, such as C-reactive protein (CRP) rise at least a hundredfold when a person contracts an infection. By contrast, in most studies linking inflammation to heart disease, these inflammation markers reach only perhaps twice-normal amounts. So it’s not clear whether at such low concentrations the cytokines trigger swelling or other inflammatory responses.

Most of the evidence comes from analyses of blood samples and data collected in studies that have followed the health of large numbers of people over several years. All these investigations have used statistical techniques to take into account various factors, such as obesity, that might confound their results.

Recent support for the CRP-Diabetes link came from a study presented in the October 2001 edition of ‘Diabetes Journal’. Researchers tracked 5,888 U.S. residents without diabetes, 65 or older, who got their health care from the Kaiser Permanente health maintenance organization. Among the quarter of people with the highest CRP blood concentrations at the beginning of the study, twice as many had been diagnosed with diabetes after 3 to 4 years, compared with the quarter of people with the lowest CRP concentrations.

Other researchers have looked at both CRP and cytokines. As part of a long-running national study, researchers at Brigham and Women’s Hospital in Boston compared the medical histories of 188 middle-aged women who had diabetes with records on 362 women of similar age and weight who didn’t have the condition. The quarter of women who had the highest CRP concentrations early in the study were four times as likely to develop diabetes as the 25% of women with the lowest CRP concentrations.

Also, women with the highest IL-6 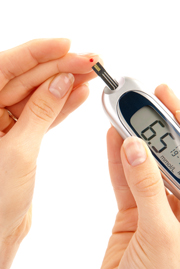 So far, there are no epidemiological studies that can prove inflammation causes diabetes and it’s possible that some unknown factor pre-disposes women with PCOS to the Pre- and Type 2 varieties. However, when looking at it on the surface there seems to be information that goes beyond coincidence.

One candidate for the connection though could be obesity. Many women with Polycystic Ovarian Syndrome are overweight or obese, though they do not have a monopoly of this condition. Females of lean or normal weight can suffer from PCOS too. But fat cells are known to produce cytokines, with CRP typically elevated in people who are overweight.

Researchers are now examining whether animals without underlying the disease, but with altered amounts of inflammatory cytokines, are vulnerable to diabetes. For instance, mice lacking the gene for the cytokine TNF-alpha are less likely to develop obesity-linked Insulin Resistance than are mice with that gene. Recently, scientists have shown that TNF-alpha blocks insulin from getting into cells.

The general picture is still murky right now. But it’s likely to become much clearer in the not-too-distant future. Nevertheless, if you’re a woman with Polycystic Ovarian Syndrome you’ll need to be mindful of how vulnerable your condition can make you to inflammation-linked disorders.

If you suffer from PCOS related

inflammation there are natural means you can do to help manage this disorder. Start by thinking about some basic changes to your lifestyle, like your nutrition. You can control your Insulin Resistance by increasing the number of nutrients you eat, like fruits, vegetables and lean meats. Switch to whole grains when you can, and avoid refined sugar and processed foods. Next, start getting some exercise. Even if it’s only a half an hour, five days a week, it can work wonders in boosting your insulin sensitivity, and ultimately, get you healthier. Since Insulin Resistance is an influencing factor of PCOS, Insulite Labs is here to offer you support in the way of information, recommendations, plans and even supplements to help you combat the effects of PCOS.