Is There a Correlation Between PCOS and Depression? 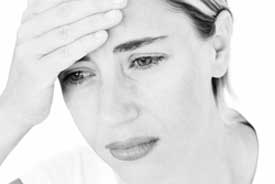 PCOS (Polycystic Ovary Syndrome) greatly increases the odds of a woman developing depression. Various hormones, along with coping with a difficult medical condition, are the culprits. Depression can be an especially troubling symptom of PCOS (Polycystic Ovarian Syndrome), as it depletes your energy to seek help and make changes. Although emotional consequences of PCOS can be devastating, there is something you can do. A healthy lifestyle, which includes a nutritious diet, plentiful exercise, nutritional supplements and/or prescription medications, can help you bring your PCOS depression under control. 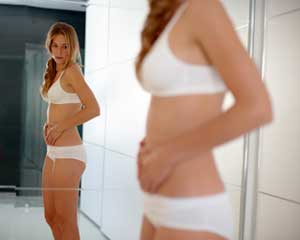 In insulin resistance the body produces insulin; however, it doesn’t use it properly. Insulin is a hormone that helps your body use glucose (a form of sugar) for energy. When you eat, your digestive system breaks down food into glucose, where it then enters your bloodstream. At this stage, glucose becomes blood glucose, also known as blood sugar. As your blood sugar level rises after a meal, your pancreas releases insulin to help cells take in and use the glucose.

But sometimes that doesn’t happen. When you’re insulin resistant, your muscle, fat and liver cells don’t respond properly to insulin. Your body thinks it needs more insulin to help glucose enter cells. Your pancreas then tries to keep up with this increased demand for insulin by producing more and eventually your pancreas fails to keep up with your body’s need for insulin. When this happens, excess glucose builds up in your bloodstream, setting the stage for conditions like diabetes and PCOS (since it imbalances your other hormones).9 There’s another important point to mention here. While it’s true that weight can play a role in diabetes and insulin resistance, when it comes to PCOS, that’s not always the case. Research has shown, “Insulin resistance exists in non-obese women with PCOS as well as obese women with PCOS.”8

PCOS Depression and Other Symptoms

It cannot be overlooked that the symptoms of Polycystic Ovarian Syndrome can be blamed for the depression this condition can cause. In fact, according to a City University in London study, “Women with PCOS on average tend to experience mildly elevated anxiety and depression, significantly more than women without PCOS.”5

PCOS symptoms often occur in unique combinations from one case to the next, but they almost always include issues that are embarrassing, painful, or challenging to your identity. In fact, although it’s also known as PCOD (Polycystic Ovary Disorder), you may not have Polycystic Ovaries. There could be other symptoms you experience. With body image being an issue of such central concern in today’s culture, the visible symptoms associated with Polycystic Ovarian Syndrome have the power to render you very self-conscious.6 Thus, the physically painful symptoms can be an equal drain on your “good mood.” Some of the symptoms of Polycystic Ovarian Syndrome (PCOS) include:1

Based on this list you can see how Polycystic Ovarian Syndrome (PCOS) can lead to depression, as its symptoms are diverse and oftentimes difficult to cope with.

A possible PCOS mood disorder that can range from mild to severe, depression is a condition that 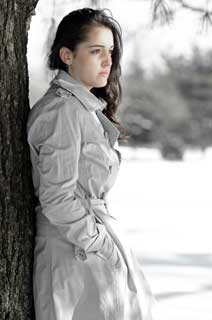 has the capability to affect how you function on an everyday basis. Although some people see it as being sad or unhappy, depression is not something that individuals can control as easily as their emotions.2 Women who have Polycystic Ovarian Syndrome (PCOS) can suffer from one of three different kinds of depression:2

1. Seasonal Affective Disorder: This strain of depression occurs during winter or shorter days with a decrease in sunlight and causes periodic depression. Some researchers point to changing seasons as the culprit behind this illness.

2. Dysthymia: A chronic type of depression, dysthymia can last for months and can occur alongside other forms of depression.

3. Major Depressive Disorder: The most severe type of depression, this illness normally lasts weeks or months and causes individuals to have a difficult time functioning. This issue can occur as both a one-time problem and a recurring illness.

Polycystic Ovarian Syndrome (PCOS) is a highly personal condition, one that varies from one woman to the next, so really thereis no way to determine how it will affect you. Similarly, there is currently no way to predict how depression associated with PCOS will manifest itself.

The Link between Depression and Body Image

For women in today’s culture, body image is a major issue. But it is not only body image in terms of one’s reflection that is important; many women are concerned with how their bodies function. For example, not being able to have children might be a major blow to your identity. Then again, it might be weight gain, hair loss and/or acne. Even still, the dread of knowing the pain you’ll experience during your next cycle can cause depression.

A study conducted by Melissa Himelein and Samuel Thatcher has explored the correlation between depression and body dissatisfaction among women who have Polycystic Ovarian Syndrome (PCOS).4 Participants in the study who suffer from Polycystic Ovarian Syndrome (PCOS) reported higher instances of depression and body dissatisfaction than women who did not have PCOS. In fact, body image was a strong component in depression, as many women cited it as a personal struggle. The good news, however, is PCOS symptoms can be controlled and you can do it naturally.

How to Beat Depression

Overcoming depression is not an easy task, as you can probably attest. However, there are some things 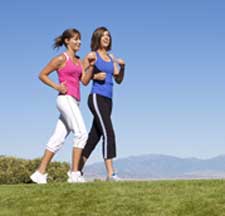 you can do to alleviate the disorder and manage Polycystic Ovarian Syndrome (PCOS) at the same time. There is no single medical cure for Polycystic Ovarian Syndrome (PCOS), but women who adhere to a strict new lifestyle are managing the condition. By eating a healthy diet that is low in carbohydrates and sugars and increasing your intake of fiber, you’ll have the ability to control your insulin levels and, as a result, better balance your hormones. By combining this with a regular exercise routine and the consumption of nutritional supplements (blends of vitamins, minerals, and botanicals), you can reclaim your health.

A recent study explored the ability of such lifestyle changes to treat depression.3 Researchers created diet and exercise plans for 49 women with Polycystic Ovarian Syndrome and depression. There were three groups:

1. Diet only
2. Diet and aerobic exercise, and
3. Diet and combined aerobic-resistance exercise

At the end of a 20-week period, all participants had lost weight and reported improvements in their depression. It is apparent, then, that adhering to a healthy lifestyle can help treat PCOS-related depression in women (as well as other PCOS symptoms).

Polycystic Ovarian Syndrome creates a number of obstacles for you to overcome. Depression is one of many debilitating symptoms this condition can cause. But by understanding how the disorder works and the root of the depressive disorder, you can implement correct lifestyle changes and improve your condition. If you’d like extra support, Insulite Health is here to offer you advice, consulting and information to help you manage your PCOS, so contact us today.