“PCOS is a complicated condition, which is usually only diagnosed when a patient presents with PCO and symptoms such as having fewer than six periods per year and/or excess body hair. 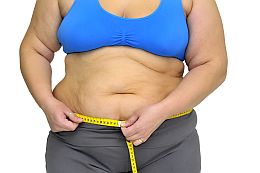 We can also add to this diagnostic list one further tool: a blood test to measure hormone levels. So when a woman discovers that she has PCO, her doctor will need to examine her menstrual pattern, skin and hormone levels to confirm PCOS.

Many health experts believe that numerous variables, including genetics might be a factor in the development of PCOS. For example, you might find your sister, mother, aunt or grandmother has PCOS. It is clear that hormone imbalance is a primary influencing factor in PCOS as well as a condition called insulin resistance. Insulin is a potent hormone which is released by the pancreas as a result of food intake in particular carbs.Insulin conveys sugar out from the blood and moves it into other cells such as muscle, liver and even fat cells. The sugar is then changed into energy or in some cases stored as fat. Sometimes this process is defective which is called insulin resistance. When you have insulin resistance your pancreas has to produce excessive amounts of insulin to remove the sugar from the blood. These high levels of insulin are not good for the body and can produce a staggering array of symptoms.

Insulin resistance is very common in women with polycystic ovarian syndrome and can contribute strongly to the weight gain associated with this condition, sometimes to the point of obesity. Losing excess weight can make a huge positive impact on PCOS symptoms so this is sometimes the first recommendation a doctor will make in a management plan.

Gastric bypass surgery is the most widespread operation in the world directed at the struggle against excess weight. At present, about 200 000 gastric bypass surgeries are carried out each year, and this figure annually grows in the USA. The history of this operation totals about 50 years.

What are the signs of PCOS? 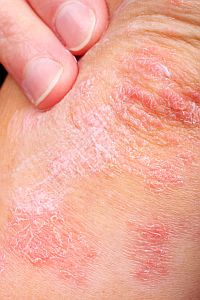 You might have noticed symptoms of polycystic ovary syndrome following the start of your first period or maybe health issues started later on in your twenties or thirties. These symptoms differ from woman to women but to be diagnosed with polycystic ovarian syndrome you need to have at least two of the following issues:

It is important to get an early diagnosis because PCOS can lead to type 2 diabetes, infertility, heart disease, endometrial cancer, high blood pressure and breast cancer.

What is the best course of action to treat PCOS?
PCOS treatment is conducted by traditional methods and has the following goals: 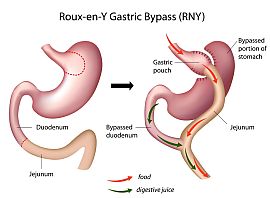 The therapy of insulin resistance is indicated (especially at unsatisfactory results of the first stage of treatment). Metformin, which reduces the resistance of peripheral tissues in relation to insulin, normalizes glucose metabolism in fatty tissues, liver and muscles, and also makes a positive impact on the lipid profile of blood: reduces the concentration of atherogenous fractions lipoproteids. The duration of the preparation intake varies from 3 to 6 months.

At the achievement of positive results from the first and second stages of PCOS treatment (weight reduction and insulin resistance), the third stage – ovulation stimulation – starts. The stimulation of ovulation is fulfilled by means of clomiphene preparation. The preparation is indicated for the period of 5 days (from the 5th to the 9th day of the menstrual cycle). The dose of preparation gradually increases within 3-4 months.

Another method which is used at PCOS treatment is gastric bypass surgery which is used to treat obesity.
“PCOS is a complex endocrine disorder that is associated with, and aggravated by, obesity. Weight loss has been demonstrated to decrease insulin and androgen levels, as well as to improve the clinical manifestations of PCOS”.
The essence of this operation lies in the fact that the stomach is stitched by paper clips on two departments – the small, with the volume of about 50 ml, and the big stomach (the other part). The small intestine (the junction of a stomach and a gut is called gastroenteroanastomosis) is hemmed to a small stomach. As the volume of a small stomach makes only 50 ml, a person cannot eat much food after this operation and is fed up with a small amount of food. Besides, the food eaten by a person now passes through a new way, without getting to a big stomach and the most part of a small intestine. It means that not only the volume of the eaten food decreases, but the absorption of nutrients essentially decreases as well. Thus, the combination of these two factors – the decrease in the quantity of the eaten food and the reduction of the nutrients absorbed – leads to the fact that the patient loses up to 80 % of excess weight. This operation is “a golden standard” in obesity treatment, along with stomach bandaging.

Modern gastric bypass surgery is carried out laparoscopically, that is, without cutting the stomach. The gastric bypass combines two mechanisms of treatment of excess weight: decrease in absorption of nutrients and reduction of the stomach cavity. At present, there are a large number of options of such surgery; however, optimum, Roux-en-Y type is the most widespread.

What are some common side effects of gastric bypass surgery?
However, despite all 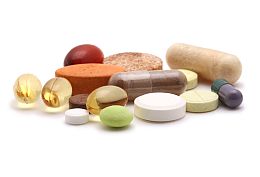 What are some natural remedies for weight loss associated with PCOS?

“Defining PCOS” (2012). The University of Chicago Medicine. Available at: http://www.uchospitals.edu/specialties/PCOS/PCOS.html#P66_4925

Becoming victorious over the symptoms of Polycystic Ovary Syndrome is not easy, but you can overcome your PCOS symptoms to live the life you deserve.

It takes strength, courage, and perseverance. It can be challenging and that’s why Insulite Health created this website. It's has information and resources that will help you balance your hormones and reverse PCOS symptoms.

So take these next steps now! Use the links below to learn how to make the changes that will transform your health and your life forever.

Insulite Health, is committed to helping women reverse their symptoms of hormone imbalance. Scientific research has revealed that this imbalance can be a primary cause of many devastating health symptoms. Hormone Imbalance can also underlie the increased risk factors for PCOS (Polycystic Ovarian Syndrome) - a major source of serious diseases as well as cause of excess weight gain, adult acne, unwanted facial hair, depression, anxiety, and heartbreaking female infertility.

©Insulite Health, Inc., pcos.com empowers women with PCOS to transform their lives through a process of healing with the 5-Element PCOS System – a complete solution for helping women reverse the symptoms of PCOS and hormone imbalance.